About 23 miles north of downtown off Interstate 69, Intercontinental has been Houston’s major commercial international airport since it opened in 1969. It is a hub for United Airlines, which accounts for more than 75% of the airport’s passengers. The drive to downtown Houston takes about 25 minutes in normal traffic.

Intercontinental Airport has five terminals, labeled A, B, C, D and E. All of the terminals are interconnected both inside the security area via an above ground automated train system called the Skyway and outside security via an underground subway. International arrivals and departures use gates on the D and E concourses. A $1.3 billion project to expand and renovate international arrivals and departures facilities in terminals D and E is currently underway, affecting passengers using those two terminals. It is also restricting some access to Terminal C. Most of the expansion construction is due to completed in late 2023 with full renovations to be finished by July 2024.

Ground transportation options include taxis, app-based rides, and reserved car and limousine services and shuttles, all of which can be found outside baggage claim at Terminals A, B, C and E. This includes the airport’s blue-and-white shuttles for the approximately 5-minute ride to the Rental Car Center.

Public buses, including Houston Metropolitan Transit Authority‘s Route 102 to downtown as well as other lines to neighboring cities, depart from outside baggage claim of Terminal C.

United Airlines flights arrive and depart Bush Intercontinental Airport at gates on the A, B, C and E concourses. Connecting passengers arriving on domestic flights and international flights that were pre-cleared by U.S. Customs at their departure airport can use the Skyway automated train system between terminals without exiting the TSA secure area. Connecting passengers arriving on international flights who must clear U.S. Customs at Intercontinental airport will find the TSA’s international re-screening area can be chaotic and slow when it’s busy. Also PreCheck is not available to re-enter the terminal. An often more efficient alternative is to exit the international arrivals area as if you are a local passenger leaving the airport. Once in the International Arrivals Hall take the escalator up to the ticketing level where there is a TSA checkpoint with PreCheck. United has check-in counters and baggage claim in each of the four terminals it uses.

Less than 10 miles southwest of downtown Houston via Interstate 45, Hobby Airport began as a private landing strip in 1927. It was acquired by the city of Houston in 1937 and was Houston Municipal Airport until 1967 when it was renamed in honor of a former Texas governor. The airport served as Houston’s primary airport until 1969 when Intercontinental Airport opened north of the city and the commercial airlines moved there. That changed when a new intra-Texas start-up airline thought the location of Hobby closer to downtown was better suited to its business model. The new airline, Southwest, launched on June 18, 1971, flying passengers to three Texas cities; Dallas, where it was based at Love Field; Houston Hobby and San Antonio. Now one of the four largest airlines in the United States, Southwest remained at Hobby and accounts for more than 90% of the airport’s passengers. In 2015, Southwest helped pay for an expansion of the airport that added a concourse for international flights.

The terminal is one building with two concourses. Gates 20-32 and 40-51 are on the Central Concourse and Gates 1-5, which are also the international gates, are on the West Concourse. Both concourses are connected post-security.

Houston is in Texas so of course it’s big. More than 7 million people live in the metro area, or ‘the 713,’ as it’s sometimes called, referring to its phone area code. Houston is more racially and ethnically diverse than the nation. Boosters like to point to the numerous Fortune 500 and Fortune 1000 companies that are headquartered in the area, making it an economic center for energy, manufacturing and aeronautics. For better or worse, Houston is also the only major city in the United States that has never had zoning ordinances.

Get ideas for planning a trip at Visit Houston.

Things to See and Do Around Houston

The closest seawater to downtown Houston isn’t at the beach 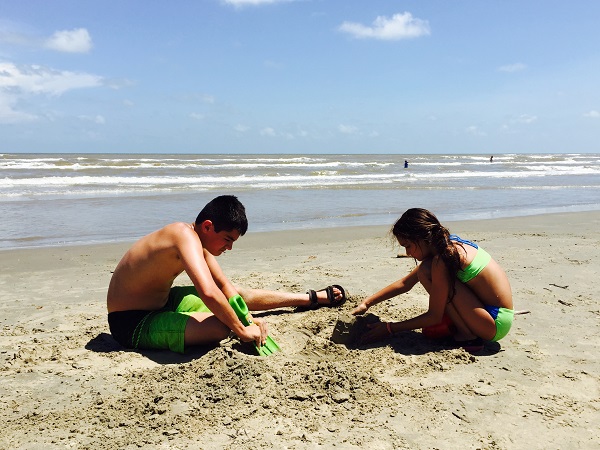 The average elevation of downtown Houston is just 50 feet above sea level and the area’s highest point is 125 feet so you would reach seawater quickest by digging. If you prefer your ocean with a beach, the nearest is Surfside Beach 65 miles away.