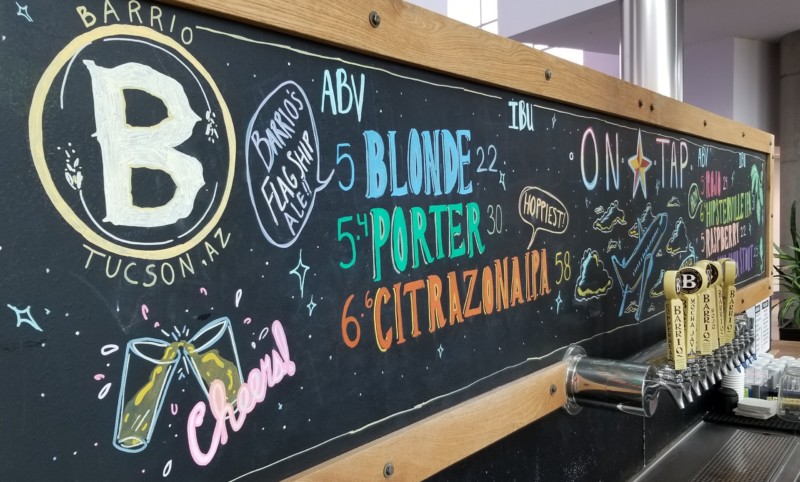 Opening back in 1991, Barrio Brewing Company is Arizona’s oldest brewery. Since then Barrio’s beers have grown in popularity and now reach all corners of the state. In 2020 Barrio Brewing Co. became Arizona’s first 100% Employee-Owned brewery. Our move to an ESOP company is entirely a thank you to our wonderful staff who have helped us grow over the years.

Barrio at TUS offers a local take on bar food. Away from the airport visit Barrio’s taproom with a quirky industrial atmosphere. Stop by for Happy Hour or $1 off pints whenever the train passes the pub!