Sea-Tac is a major embarkation airport for flights to Alaska and to Asia via the great-circle route. From the airport, downtown Seattle is about 13 miles north and Tacoma is about 25 miles to the southwest. A 6-mile Airport Expressway connects the airport to north-south Interstate 5.

Following some major renovations to Concourse C that were completed in November 2021, construction is now underway on an estimated $500 million four-floor expansion of the C gates that will include a new connection to the D gates. Completion is targeted for 2027.

Ground transportation options from the airport include app-based ride services, taxis (two kinds, metered or flat-rate based on destination zip code), shuttles, rental cars and public transit. App-based ride services pick up passengers at different locations that are explained on the app depending on what vehicle you’ve requested. Taxis, shuttles and many car services are on the 3rd floor of the parking garage at both the north and south curbs. The car rental facility is in a separate building. Customers use a  courtesy shuttle from outside baggage claim to reach the rental car center.

The Sound Transit Link light rail to downtown Seattle and the University of Washington operates from a station just off the airport. To reach it use a Skybridge to level 4 of the parking garage and follow the signs. Trains depart every 6 to 15 minutes, depending on the time of day, from 5 a.m.-1 a.m. Travel time to downtown Seattle is about 30 minutes and another 5 minutes to the UW campus and Husky Stadium.

Alaska Airlines flights arrive and depart SEA at the C, D and N gates. Some flights may also use the S gates. Connecting passengers can reach all other gates, either by walkways and moving walkways or automated train system without exiting the TSA secure area. SEA provides personalized connecting information here.

Delta Air Lines flights arrive and depart SEA at the A, B and S gates. Connecting passengers can reach all other gates, either by walkways and moving walkways or automated train system without exiting the TSA secure area. SEA provides personalized connecting information here.

Flying into Seattle, the sight below is of evergreen trees, the blue water of Puget Sound, Lake Washington and the Pacific Ocean and, in winter, a mixture of snowy white. Famous for coffee, the city is vibrant and cosmopolitan. The Space Needle, built for the 1962 World’s Fair, is still a major attraction even if it is a mid-20th century look at the future.

Things to See and Do Around the Puget Sound

Outrage over the price of onions started Pike Place Market 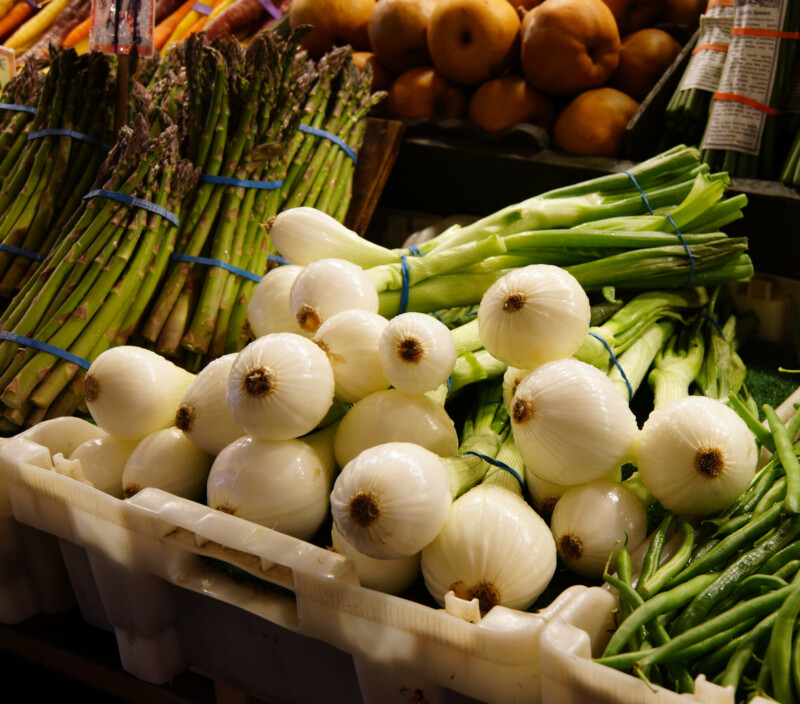 In the early 20th century farmers would bring their fruits, vegetables, eggs, dairy and meat into Seattle and sell them to wholesalers who would then mark them up and re-sell them to consumers in their warehouses. Amid charges of price-fixing and underhanded dealings by the wholesalers, farmers complained of earning barely enough money to survive. The problems came to a head in 1906 when the consumer price for onions skyrocketed with farmers receiving none of the increase. Seattle City Council Member Thomas Revelle led an effort to create a public market where farmers could sell their products face-to-face with consumers. On August 17, 1907, the market opened for the first time on Pike Place, a wooden planked road over mud flats off Pike Street. The market has survived and grown over the years despite challenges such as losing Japanese-American farmers to internment camps during World War II and an effort to tear it down during urban renewal of the 1960s.