Salt Lake City’s airport experienced rapid growth in 1984 when Western Airlines relocated its operational hub there from the then overcrowded Denver Stapleton Airport. Western and Delta merged in 1987 and SLC continued to grow as a hub for the combined airlines. Delta now accounts for more than 60% of the airport’s total passengers with about 60% of those passengers making connections. For those not making connections, the airport is 8 miles, or about 15 minutes drive time, west of downtown Salt Lake City off Interstate 80.

Currently, the A gates are being used exclusively by Delta Air Lines. The B gates are used for Alaska, American, Frontier, JetBlue, Southwest, United and some Delta flights. The airport has information about navigating the new terminal here.

Construction is continuing on a second phase to add 22 gates to the east portion of Concourse A, scheduled open in May 2023, and 11 gates to Concourse B, scheduled to open in 2024.

Ground transportation choices at SLC include taxis, shuttles, limousines and app-based ride services, all of which can be met outside baggage claim on the ground level. Except for app-based rides, fares from the airport to points within the Salt Lake City limits are capped at no more than $25 to the 500 east block and $30 east of that. An additional $5 per passenger can be charged for more than two passengers. Fares are not regulated outside the Salt Lake City limits and should be negotiated beforehand.

Rental car companies are in the Gateway Center adjacent to the parking garage and accessible from the terminal by using one of the two bridges in the baggage claim area.

Most Delta Air Lines flights arrive and depart SLC at the A gates on the new south concourse but some use the B gates until the east side of Concourse A is completed. An underground tunnel connects the two concourses so connecting passengers can reach all other airline gates without exiting the TSA secure area. As noted on the terminal map on this page, the walk between the central terminal and some of the B gates can take more than 20 minutes. During construction a temporary shuttle bus operates between the central terminal and the B gates.

Between the Rocky Mountains and the Great Basin, the Salt Lake Valley is a destination for outdoor activities, especially winter skiing. It is also home to The Church of Jesus Christ of Latter-day Saints.

Get information for your trip at Visit Salt Lake.

Things to See and Do Around Salt Lake City 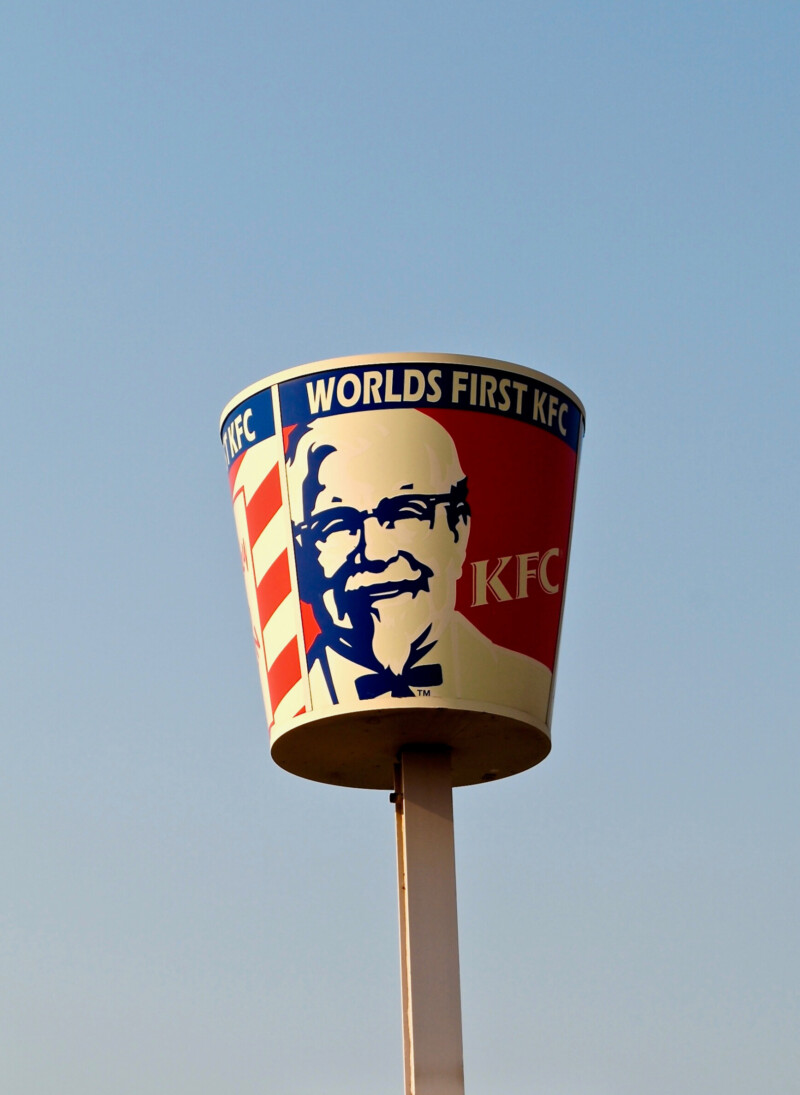 While Harland Sanders perfected his fried chicken recipe using 11 secret herbs and spices and a pressure fryer at his restaurant in Corbin, Kentucky, it wasn’t until he met Pete and Arline Harman at a 1951 restaurant convention in Chicago that the notion of franchising began to unfold. The next year Sanders came to Salt Lake City and cooked the Harmans his chicken recipe in the kitchen of their restaurant. After tasting it, Arline Harman knew the chicken could be the specialty item they were looking to sell in their struggling restaurant. Pete Harman came up with the name Kentucky Fried Chicken, tapping into Sanders being named an honorary Kentucky Colonel by the state’s governor. Harman also came up with the slogan “Finger Lickin’ Good.” The restaurant opened in August 1952 selling three-piece chicken dinners with fries and a biscuit for $1 each. Harman was behind another KFC success five years later when, as a favor to Sanders, he bought 500 paper buckets another restauranteur had purchased from a traveling salesman. To get rid of them, Harman put 14 pieces of chicken in each bucket along with five biscuits and and a pint of gravy and sold them for $3.50 apiece. The restaurant where it all started was demolished in 2004 and replaced by the typical modern KFC at 3890 S. State St. A sign outside marks Harman Café and features a likeness of Colonel Sanders. Inside there is memorabilia, including one of Sanders’ famous white suits.