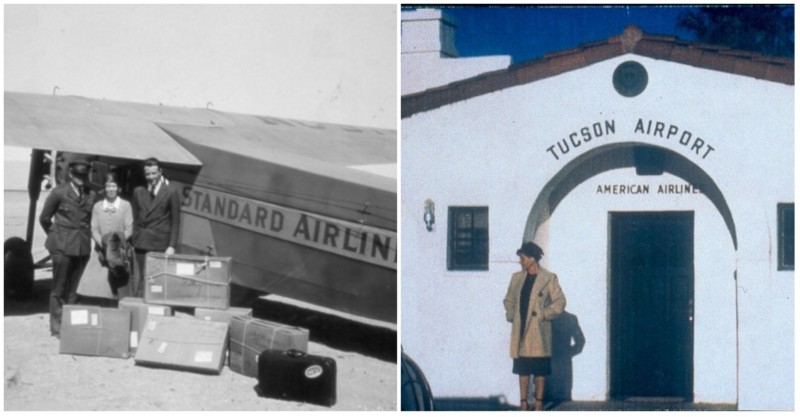 Standard Airlines was the name painted on the side of the plane. A little more than two years later that name became American, and it’s a relationship that has continued without interruption for 90 years.

The anniversary of that partnership will be commemorated Tuesday, November 28, 2017, by Tucson International Airport (TUS) and American Airlines.

At first, the flight would fly back and forth along a route between Tucson and Los Angeles with a stop in Phoenix, coming westbound on Mondays, Wednesdays and Fridays and returning on Tuesdays, Thursdays and Saturdays.

The fare for a flight from Tucson to Los Angeles was $60. That was in in 1927. In today’s dollars that fare would be more than $850. Needless to say there weren’t many takers of those early flights. That is until April 1928 when the airline decided to match the train fare.  Airline passenger traffic grew by 300%!

In February 1929, the route through Tucson was extended eastward to Douglas and El Paso and became daily occurrences. By then a round-trip ticket to Los Angeles (or El Paso) was $52.65. After that it was onward and upward: