Just over 9 miles (15 km) southeast and across the Fraser River from downtown, Prince George Airport serves “the capital of northern British Columbia,” though to look at a map it’s more like the central part of the province. In fact the southern border with the United States is closer to “PG,” as locals call it, than the northern provincial line between British Columbia and Northwest Territories. PG is also about the mid-way point on the main road between Washington state and Alaska, a drive of 2,233 miles that takes about 42 hours and most people plan to do it in a week.

The airport terminal is a 75,000 square-foot (6,940 square-meter) building, about two-thirds of which is devoted to passenger services on the ground floor. (Airport administration offices are on the lower level beneath the ground floor.) Airline passengers board and deplane flights on the airport tarmac.

Food in the terminal is available at Farmhouse Gourmet Express, a quick-service grab-and-go option with a bar run by local Farmhouse Catering. It is in the Departures Lounge. There is also a convenience retail store located outside of security.

Ground transportation options at YXS airport include Prince George Taxi and PG Airporter Shuttle Service, both of which meet arriving flights, though reservations are recommended. Two other authorized car services, Paxton Shuttle Services and Royal Rose Limousines, require reservations. National Car Rental has a counter in the terminal. App-based ride services are not available in Prince George and the public transit system does not serve the airport.

P.G. is Basecamp to Forge Your Own George

With so much room to explore, visiting Prince George and northern British Columbia is about doing what you want to do. In the winter the variety of snow sports is nearly endless with all kinds of skiing and snowboarding, including heli-skiing. A bucket list-worthy trip for many is soaking in the Liard River Hot Springs, a natural river of hot water, not a man-made swimming pool fed by a spring. Fair warning: The drive from Prince George to Liard River Hot Springs Provincial Park is almost 14 hours. Lodgings near the springs are open year-round and if you go in winter, it’s free to enter the park and soak in the 108°F/42°C water. You might even feel a few snow flakes falling on your face while you’re in the water. (Take caution, the outside temperature is still cold and often doesn’t rise above freezing during the day in winter.) An alternative to the long-drive is flying from Prince George to Fort Nelson’s Northern Rockies Regional Airport (YYE) and driving four hours from there. Back in Prince George, there’s enough of an urban vibe for a variety of shopping, dining and lodging choices.

Start creating your own ideas for a visit at Tourism Prince George.

Things to See and Do Around Prince George 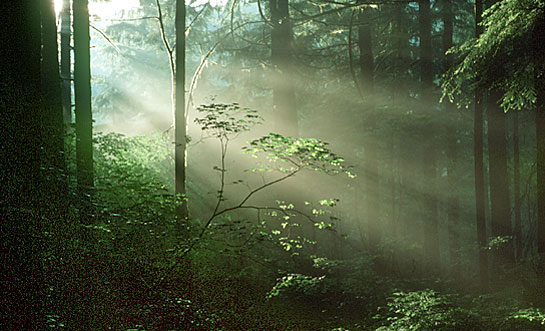 With most of British Columbia’s population living in the southern part of the province, Prince George is more or less by itself up north in the heart of 149 million acres of forest land – larger than the area of France. More than half of the forest has had little or no human contact and about 95% of the land is publicly owned and managed by the Province of British Columbia. BC Parks, an agency of the province, has information here.