At 17,207 acres, Dallas/Fort Worth International Airport is larger than New York’s Manhattan Island. It is the busiest connecting hub for American Airlines, which uses gates in all five terminals and accounts for more than 85% of the airport’s passengers. DFW is about 20 miles west of downtown Dallas and 25 miles east of Fort Worth. Access to the terminal area is from both the north and the south. From the south, the exit is off (Texas State Highway) TX-183, the Airport Freeway. The north access is in Grapevine off TX-121. Be aware that the north-south International Parkway that goes through the DFW terminal area is a toll road.

Four of DFW’s five terminals were part of the original airport that opened in 1974 and are laid out in the shape of semicircles that in the days before strict security were designed to give passengers short distances between curb and their airline gate. The fifth terminal, Terminal D, was opened in 2005 and adapts the original design to be more efficient under modern requirements. Direct access to a Grand Hyatt Hotel is at Terminal D and to a Hyatt Regency is through Terminal C. Airline gate numbers are preceded by the letter of the terminal in which they are located.

Passengers going between terminals can use Skylink automated trains that operate 24/7 within the secure areas. Outside of security, passengers can use orange-colored shuttle vans called Terminal Link that operate about every 10 minutes 5 a.m.-12 midnight outside the upper level of all terminals except Terminal D where it is on the lower level.

Two public transportation options at DFW are DART (Dallas Area Rapid Transit) Orange Line rail to Dallas and Trinity Metro TEXRail to Fort Worth. The DART DFW station is on the lower level of Terminal A at doorway A-10. Scheduled travel time to downtown Dallas stations is between 30 and 46 minutes. Stops include Love Field airport and Irving. The TEXRail station is at the north end of Terminal B on the lower level. Exit the terminal across from Bag Claim B29 and B30. The scheduled travel time to downtown Fort Worth is 53 minutes with stops at Grapevine and four others in northeast Tarrant County.

American Airlines flights arrive and depart DFW at gates in the A, B, C, D and E terminals. The Skylink automated train allows passengers to make connections between terminals without exiting the TSA secure area. Trains operate about every 2 minutes and the maximum amount of time it takes to travel between the farthest points is 9 minutes. The average ride takes about 5 minutes. Walkways also allow connecting passengers to go between the A, B, C and D terminals. The E terminal is accessible inside the secure area only via Skylink. Arriving passengers on international flights who have not pre-cleared U.S. Customs at their departure airport must exit the TSA secure area at DFW and be re-screened but then can use the Skylink to go another terminal for their connecting flight. American Airlines has check-in counters and baggage claim in each terminal.

Big D (Dallas) and Fort Worth, with Arlington in between, anchor what’s called the Metroplex. It’s a name they came up with in the early 1970s about the time they were planning to build Dallas/Fort Worth International Airport.

The Metroplex is made up of 13 counties and about 200 place names. Texans like to boast about big things and they say the 9,286 square miles that make up their Metroplex is larger than the land areas of six U.S. states and about the size of the state of New Hampshire.

The region is diverse. Dallas owes most of its growth to the boom as an oil town. Fort Worth promotes its image as a cattle town. And Arlington is home to the NFL Dallas Cowboys, Major League Baseball’s Texas Rangers and the original Six Flags theme park.

Depending on where you are going in the Metroplex, visitor information is available from Visit Dallas, Visit Fort Worth and the Arlington Convention & Visitors Bureau.

Things to See and Do Around the Metroplex

60% of U.S. paper currency is printed in Fort Worth 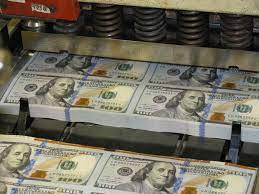 The U.S. Bureau of Engraving and Printing Western Currency Facility offers tours. No free samples but there is a gift shop where you can buy novelty items. More about the tours is here.